Home » Business is on the Rise: 25% Jump Seen Among Business Licenses in Dubai 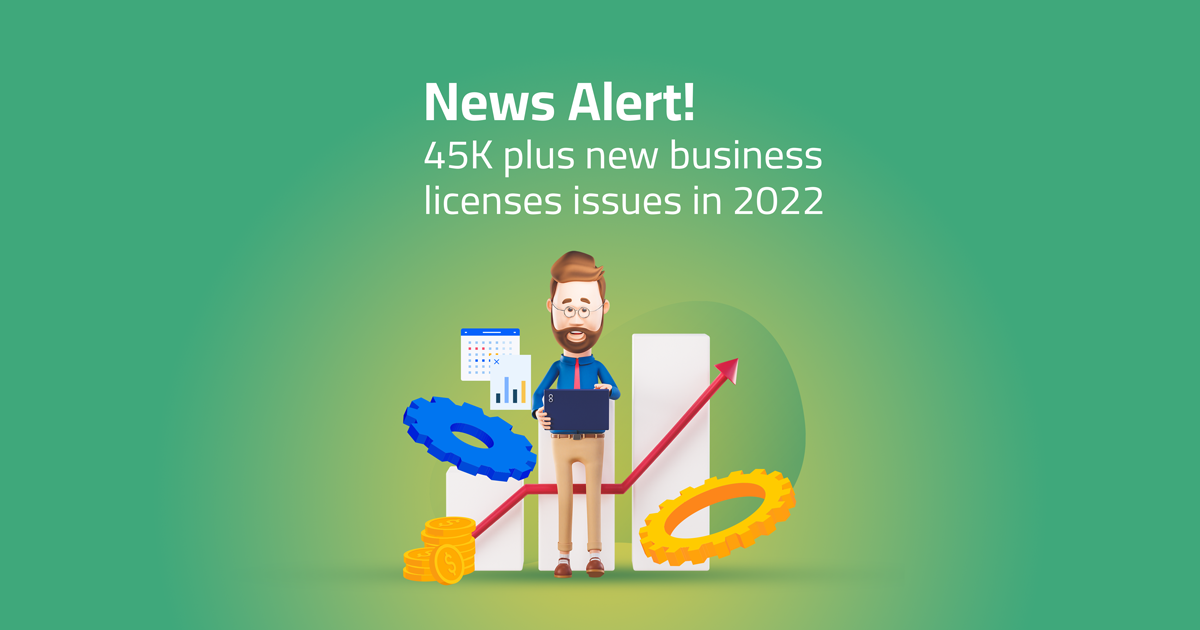 Business is on the Rise: 25% Jump Seen Among Business Licenses in Dubai

The economic growth is evident with the increase of business licenses that have been registered. Dubai is once again making rounds for its extraordinary growth in the business sector. Reports reveal an astounding 45,653 new licenses for business setup in Dubai that have been issued in the first half of 2022. This serves as a form of reassurance to business communities that proves things have indeed returned to the pre-covid era.

The increase in business licenses, which has been recorded at 25%, can be duly credited to the initiatives launched by the Dubai government to revitalize the economy. This has further built trust in foreign and local entrepreneurs and allowed them to invest in obtaining business licenses in Dubai.

According to the Director General of Dubai’s Department of Economy and Tourism, His Excellency Helal Saeed Al Marri, “These measures have also enhanced Dubai’s growth-friendly and transparent investment environment, marked by exceptional ease of doing business and high levels of security and safety.”

Committed to increasing and fostering local and foreign investment, Dubai’s entrepreneurial landscape looks more inviting than ever. Competitive costs, low tax rates, as well as the country’s booming economy have massively contributed to business setup in Dubai being on such a rapid rise.

What Do the Stats Say?

As per data provided by the Business Registration and Licensing Department (BRL), 55% of licenses issued were professional while 45% were commercial. In terms of localities, Bur Dubai and Deira topped the list with 31,604 and 14,022 licenses issued within these regions, respectively. This was followed by Hatta wherein 27 business licenses were supplied.

Studies by BRL also discuss the legal entities that have been set up with the help of business licenses in Dubai in the first half of 2022. 30% of total entities set up were sole establishments, also known as sole proprietorships. Next on the list were civil companies with 25%, followed by 22% of Limited Liability Companies. Other entities that were opted for include one-person LLCs, Branches of local companies as well as foreign companies.

Additionally, other factors relating to a business setup in Dubai also went up. A 54% rise has been seen in initial approvals, which reached 39,303. Meanwhile, 41,731 trade name reservations were made, and 5,805 commercial permits were issued. Instant licenses were also among those that were highly accessed by local and foreign investors. An astounding 14,654 instant business licenses in Dubai were issued.

Studies conducted and through the data above, it is evident that business setup in Dubai is at its peak. Surely, it will only rise in the years to come. There truly is no better time to invest in Dubai – get in touch if you are interested!